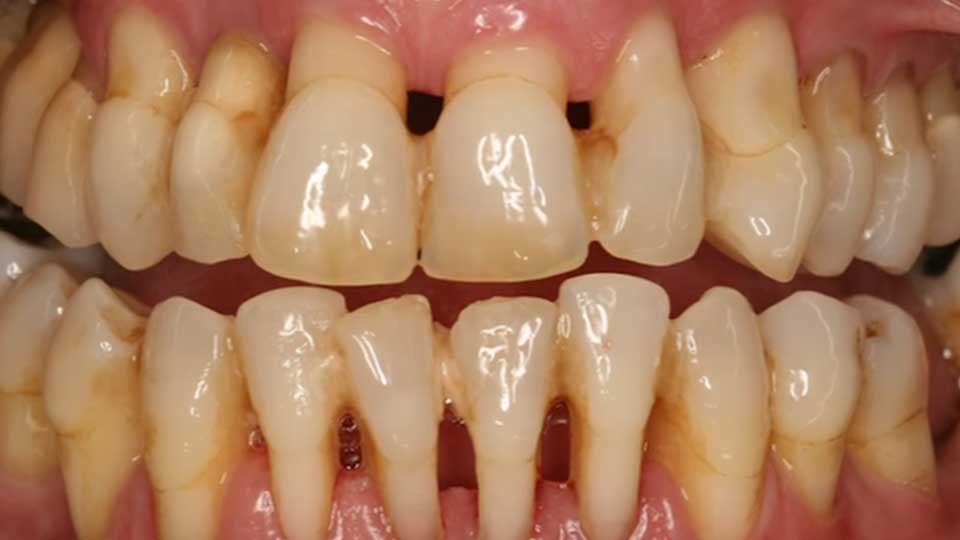 How to Prevent Gingivitis and Have Healthy Gums

Studies have shown that about half of all American adults suffer from gum disease.

Many of them end up with it after dealing with gingivitis, which is the earliest stage of periodontal disease. It affects more than 200,000 people every single year and leads to people being forced to live with inflamed gums, tender gums, and even gums that bleed easily.

In order to avoid gum disease, you should learn how to prevent gingivitis and then take the right steps to care for your teeth and gums as a whole. By being proactive about it, you can prevent yourself from having to treat gum disease later on.

Here is how to prevent gingivitis and ensure that you have healthy gums for years to come.

The American Dental Association recommends for people to brush their teeth twice every day. They suggest brushing your teeth once in the morning when you wake up and once at night before you go to sleep.

But despite this, less than 50 percent of people around the world report brushing their teeth twice every day. The majority of people only brush once in the morning and then don’t do it again for the remainder of the day.

As you might imagine, this can be really bad for your teeth and, furthermore, for your gums. When you don’t brush your teeth often enough, plaque, tartar, bacteria, and more can build upon the surface of your teeth and then work their way to your gums.

This can lead to gingivitis and gum disease down the road. It’s why you should get into the habit of brushing your teeth two times every day regularly.

Floss in Between Your Teeth Every Day

Flossing your teeth every day is every bit as important as brushing them.

If you don’t floss between your teeth, you’re setting yourself up for all kinds of issues with your teeth and gums.

Over time, plaque and bacteria can find their way in between your teeth and stay there. They can cause your teeth and gums to wear away and allow gum disease to set in. You can lose your teeth as a result of this or deal with very painful gums.

This is why so many dentists tell their patients that they need to floss more often. Even if you only do it sporadically, it will work wonders for your teeth and gums.

You should make an effort to do it every day if you can as part of your brushing routine. It’s how to prevent gingivitis from setting in.

In addition to brushing your teeth twice every day and flossing once, you should also make sure that you’re taking trips to see your dentist on a regular basis.

In general, you should sit in your dentist’s chair at least once every six months. During your visits, your dentist will clean your teeth professionally and inspect them for any signs of trouble.

Outside of checking for any obvious cavities, your dentist will also see if you have any signs of gingivitis. By catching it early, your dentist can prevent it from developing into full-blown gum disease.

But you won’t know if you have anything to worry about if you don’t go to see your dentist for check-ups.

Eat a Diet That Will Make Your Teeth Stronger

Did you know that there are lots of different foods you can eat to make your teeth stronger than they are now?

Some of these foods include:

As you can see, there is no mention of candy, cake, or ice cream here. Those foods contain too much sugar for your teeth and should only be enjoyed in moderation.

But if you maintain a well-balanced diet, you’ll build up your teeth rather than breaking them down and subjecting yourself to gingivitis.

Avoid Smoking and Using Other Forms of Tobacco

Smoking is bad for your teeth for a number of reasons.

Additionally, smoking and tobacco use, in general, has been shown to lead to gum disease. And to make matters even worse, some studies have suggested that those who smoke might not respond well to the treatments that are in place to battle gum disease.

Look for Any Signs of Gingivitis

While following all of these steps should help you steer clear of gingivitis, you never know when it will affect you. So you should do your best to monitor your gums and look for signs of it.

Some of the most common signs of gingivitis are:

Essentially, if you ever notice anything off with your gums, it could be a sign of gingivitis. Just to be safe, you should visit your dentist right away to ensure you get the right treatment.

It could prevent you from having to treat major gum disease later on down the line.

Learn How to Prevent Gingivitis and Act Accordingly

Do you suspect that you might be dealing with gingivitis, or do you want to be more proactive about preventing it from popping up in the first place?

There are simple steps you can take to keep gingivitis at bay. By learning how to prevent gingivitis, you can make your dental health more of a priority.

Read our blog to learn more about caring for your teeth and gums and getting the proper treatments done on them.