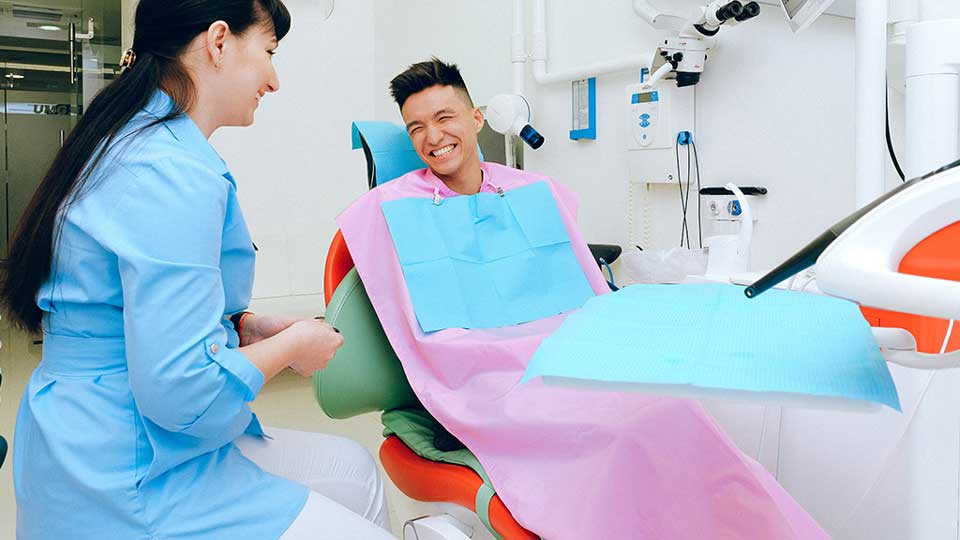 The Link Between Dental Health and Overall Wellness

Believe it or not, having severe gum disease increases your likelihood of developing a chronic condition by 40%!

Of these long-term health problems, diabetes is most often associated with dental health and wellness. One study even found that as much as 90% of periodontal disease sufferers are at risk for this chronic condition.

But that’s just the beginning. The list of diseases you’re at risk for goes on. (We’ll talk about this more in detail later.)

The heart of the matter is that you need to get your oral health facts straight.

Such as understanding why you should never underestimate the power of regular dental visits.

So, keep reading to learn about the most important dental health facts today!

The Oral Health and Diabetes Connection

You know that sticky, colorless substance that constantly forms on your teeth? Known as plaque, it’s the culprit behind most preventable teeth and gum problems. It’s the layer of bacteria that causes tooth decay and gum disease.

It’s also where the connection between oral health and diabetes starts.

That’s how cavities and periodontal diseases (gingivitis, for example) start.

The fact alone that these microorganisms can cause you pain and suffering should be enough to get rid of them. But here’s something that’ll make you even more motivated to:

When bacteria attack your mouth (the gums in particular), your immune system responds in the form of inflammation. According to experts, this response has shown to reduce the body’s blood sugar control functions.

This inability to control blood sugar levels is a primary characteristic of diabetes. Diabetics lack insulin, so their body finds it difficult to process sugar.

This relationship also works the other way. People with diabetes – almost 30 million in the U.S. alone – are also at greater risk of developing gum diseases. In fact, 22% of diagnosed diabetic patients in the country also suffer from periodontal disease.

Whether you have diabetes or has a family history putting you at greater risk for it, you can reduce your likelihood by maintaining optimal oral health.

Did you know that the state of your gums can also tell how healthy your heart is? According to studies, it can!

Researchers found that such gum health problems make you 19% more likely to develop heart problems. How so?

By thickening the blood vessels.

According to a study, the same bacteria in dental plaque resulted in an increase in the occurrence and severity of blood vessel thickening. This is one of the problems that people who have heart diseases have.

Remember, heart disease is the leading cause of death in the United States. It’s responsible for 43.8% of lives lost due to preventable health problems. Furthermore, health experts say that if the trend continues, more than 130 million adults will develop such diseases.

So why not bring that 19% likelihood down? Through maintaining healthy teeth and gums, not only can you avert tooth decay that requires fillings, but you can also avoid heart problems.

Since we’re talking about blood vessels, we also have to include blood pressure in the list. In people who have high blood pressure, the blood pushes against the blood vessel walls has to much force. Over time, the constant (and great) force injures and damages the sensitive inner tissues of the arteries.

From here, more serious problems can follow, such as heart attack, arrhythmia, and stroke.

To put things in perspective, here are a few statistics from the Centers for Disease Control and Prevention (CDC):

There’s some good news, however. Researchers have found that gum disease treatment can help bring blood pressure down.

That’s like hitting more than two birds with one stone! Aside from improving your oral health, keeping gum disease at bay can also help you better manage your blood pressure. At the same time, it can also lower your risks for heart disease and stroke.

Poor Oral Health and Your Memory

The health of your teeth and gums can help you retain your good memory. Or it can make you forget about everything you’ve learned and experienced in your life.

But science says that it’s possible. Researchers from the UK discovered a type of bacteria associated with periodontal disease in the brains of people with dementia.

The bacteria, which cause tooth decay and gum disease, can find its way to the bloodstream and into the brain. Once it does, it can cause the immune system to respond against it, resulting in the production of excess chemicals. These chemicals, according to the researchers, can kill neurons.

The effects? Deterioration of memory and confusion, which are two of the most typical signs of Alzheimer’s disease.

Overall Dental Health and Wellness: Key to a Better Quality of Life

As you can see, dental health and wellness go hand in hand. You can’t achieve one without the other. To really be of good health, your teeth and gums should be in great condition too.

By keeping your teeth and gums at their best possible health, you can significantly reduce your odds of developing life-threatening diseases. Not to mention prevent oral problems that require costlier oral treatments.

The sooner you regain optimal teeth and gum health, the closer you are to living a more enjoyable life. So why not start today? Give us a call now and we’ll help you begin your journey!